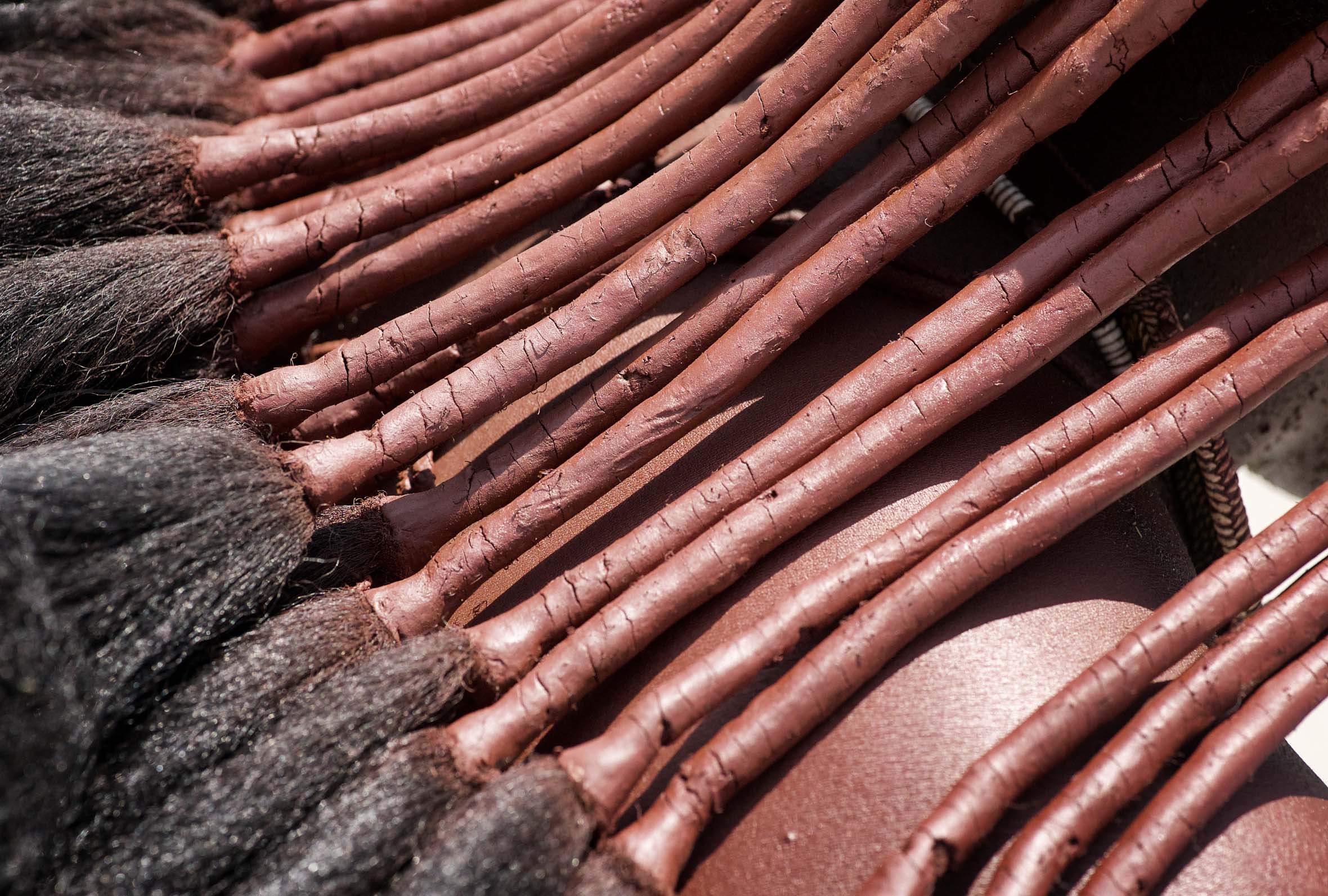 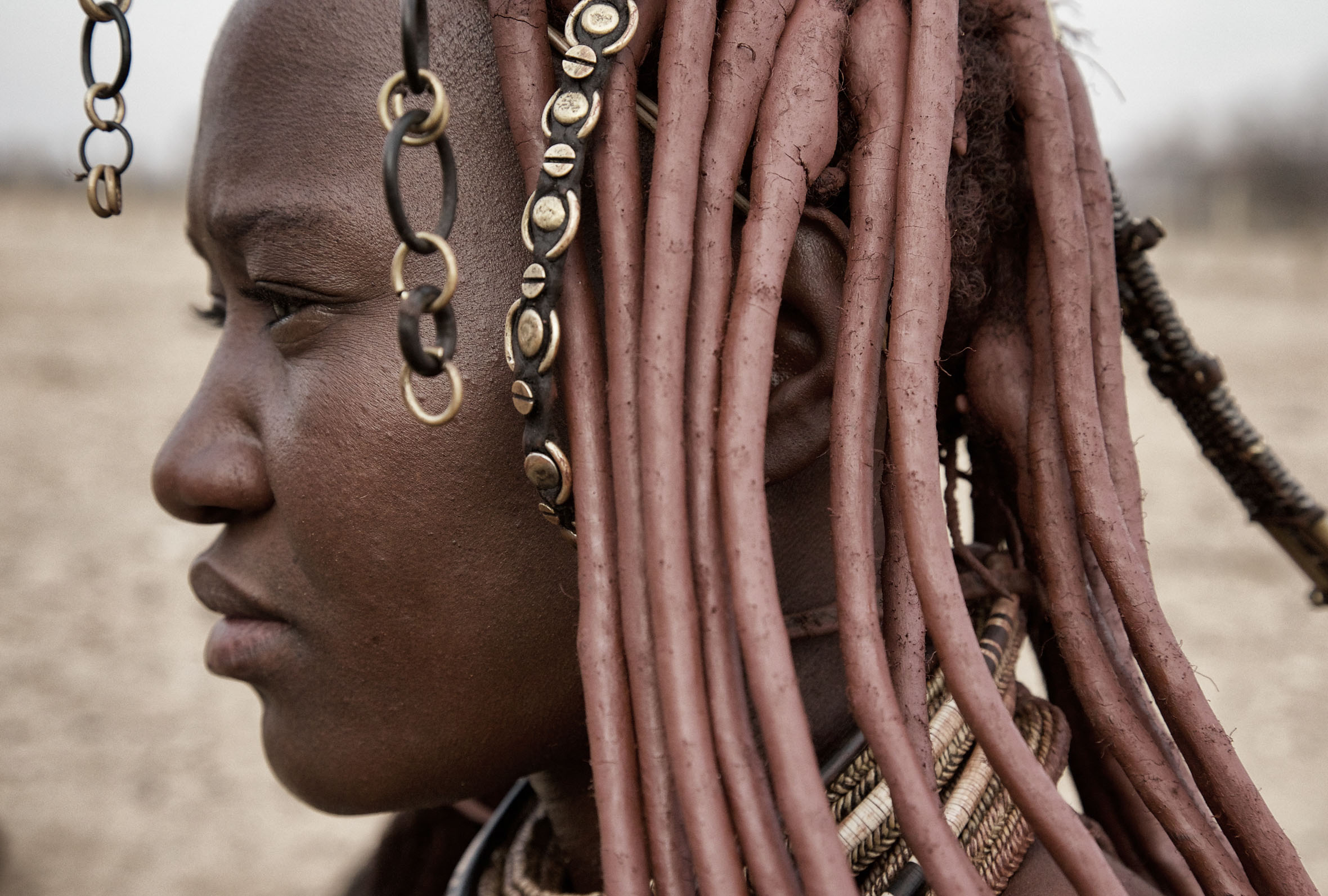 For a Himba woman, her hair is her power. These semi-nomadic people live in one of the most extreme environments on earth, the deserts that border Namibia with Angola. As water is scarce they use a mixture of pastes on both their bodies and hair. These pastes blend the aromatic resin of the omazumba shrub with animal fat and ground red pigmented stone. This ‘otjize’ paste gives the women’s skin and hair a distinctive red glow which symbolizes both blood, the essence of life, and the earth’s rich red colour.

Hairstyles play a significant role within the Himba community and reflect marital status, age, wealth, and rank within the group. Hair braiding is a communal activity with the range of styles differing from tribe to tribe. Close relatives spend hours creating elaborate and socially symbolic hairstyles. The braids they create are often lengthened by including bits of woven hay, goat hair and  artificial hair extensions.

Hair is also seen as a symbol of fertility amongst the Himba community where thick braids and lustrous hair indicates a women’s ability to bear healthy children. Women who have been married for about a year, or have had a child, wear an ornate headpiece called the Erembe, sculpted from sheep or goatskin, with many streams of braided hair, coloured and shaped with ‘otjize’ paste. They will also be given a necklace that incorporates a cone shell, known locally as Ohumba, which is also considered a symbol of fertility.

“Hair braiding is a communal activity with the range of styles differing from tribe to tribe. Close relatives spend hours creating elaborate and socially symbolic hairstyles”

The complexity of the Himba’s elaborate hairstyles begin from birth, where an infant or child will have their head kept shaved or a small crop of hair on the crown of their head. This is sculpted into one braided hair plait extended to the rear of the head for young boys, and two braided hair plaits extended forward over the eyes for the young girls. It’s common amongst some groups to shave the hair of the girls, leaving a small bush on top of the head. The shaved-off hair is then used to make plaits, which are woven back into the remaining hair and hang down over the face. The loose-hanging strands are then tied backwards (when the girls reach puberty) and combined with an Ekori headdress made from tanned sheep or goatskin – thus denoting marriageable age. 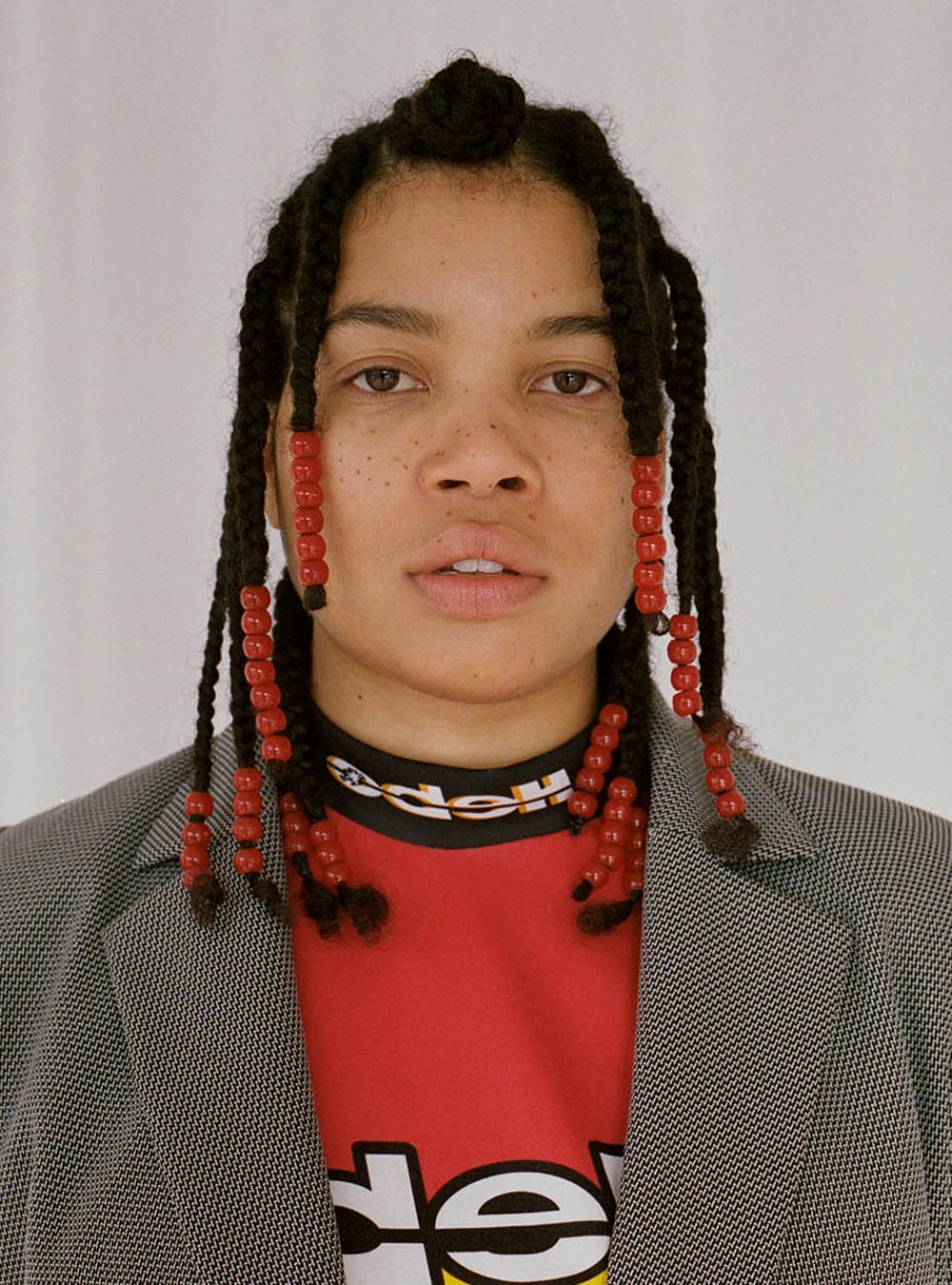 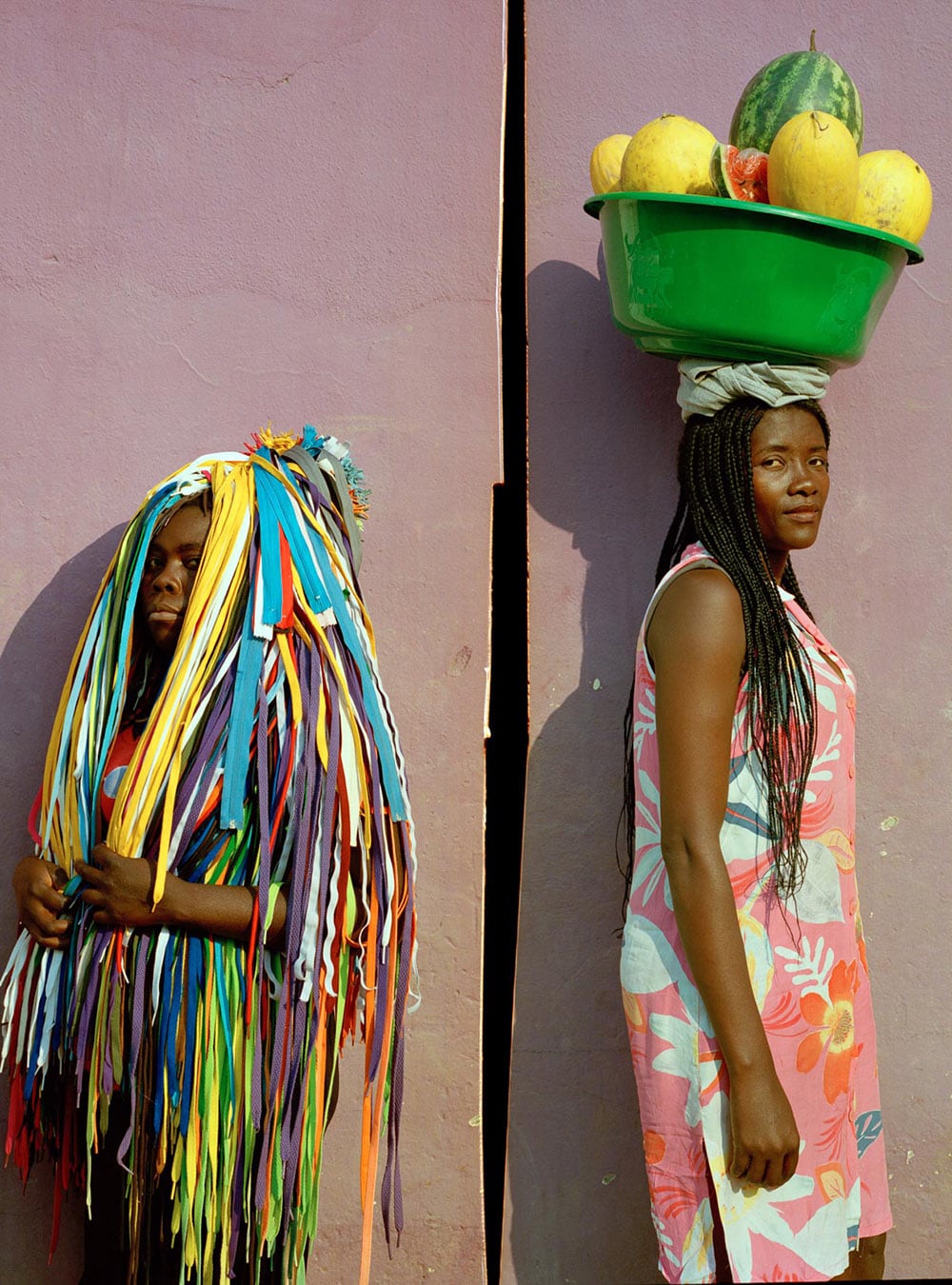 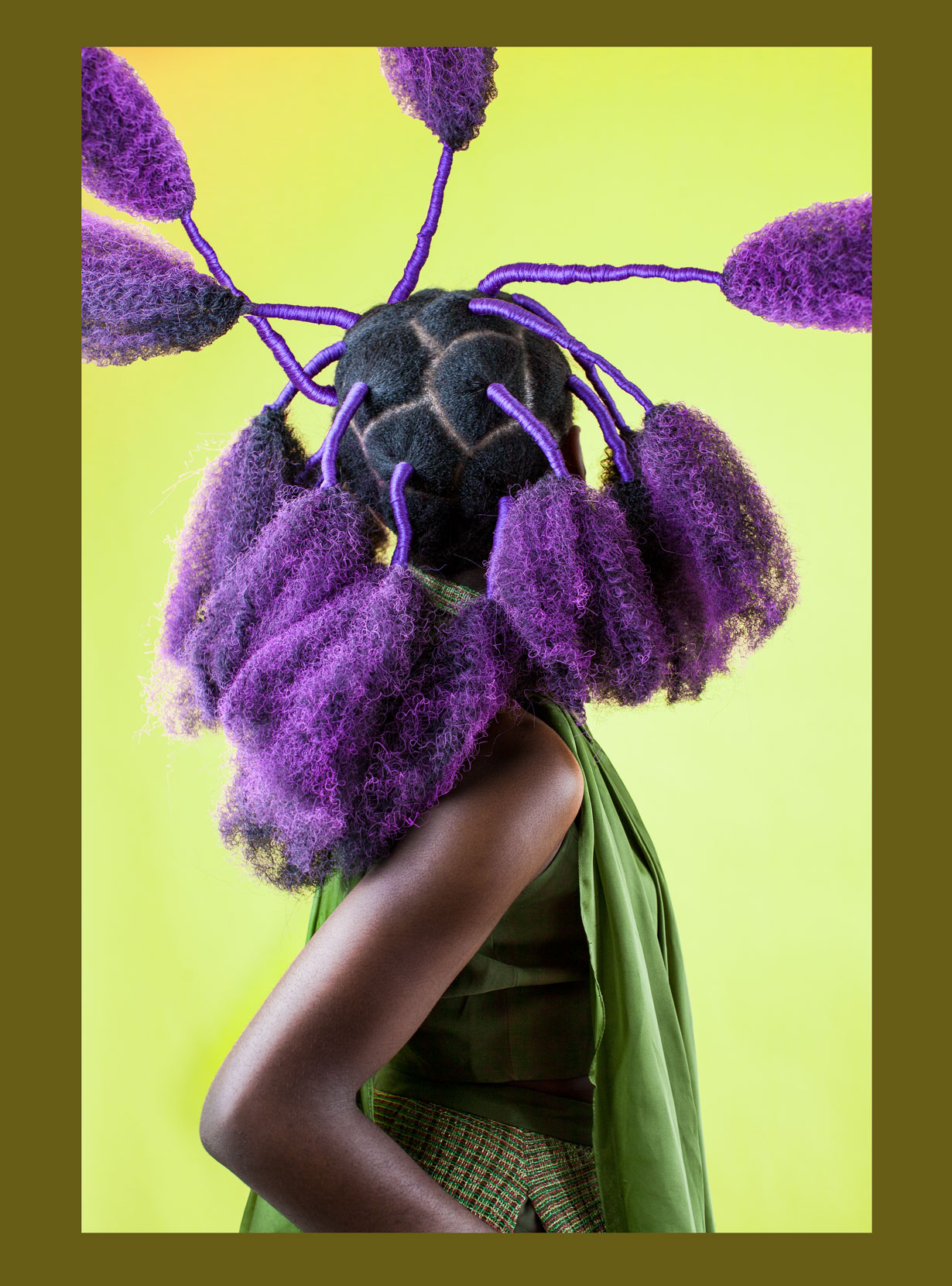 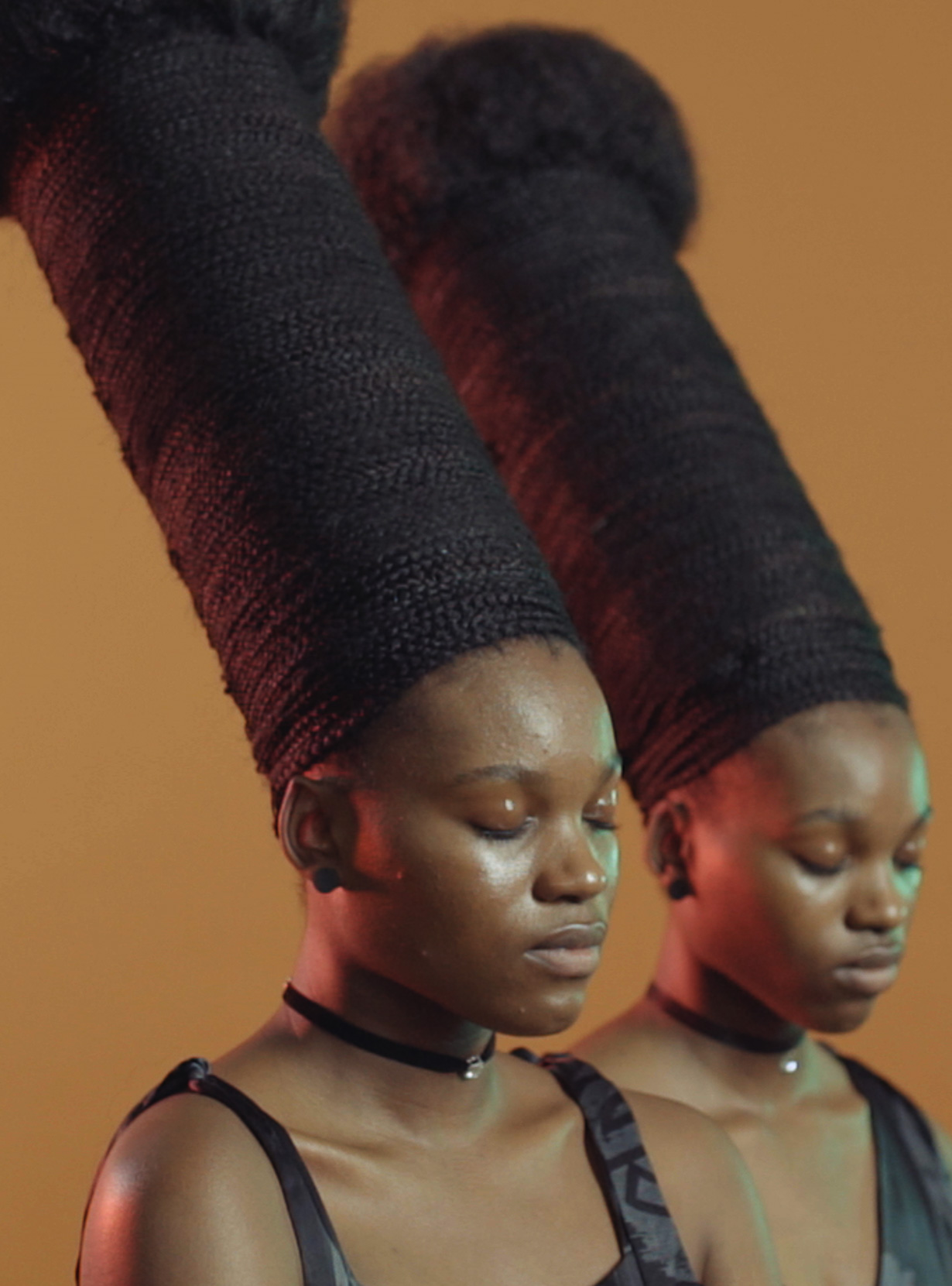 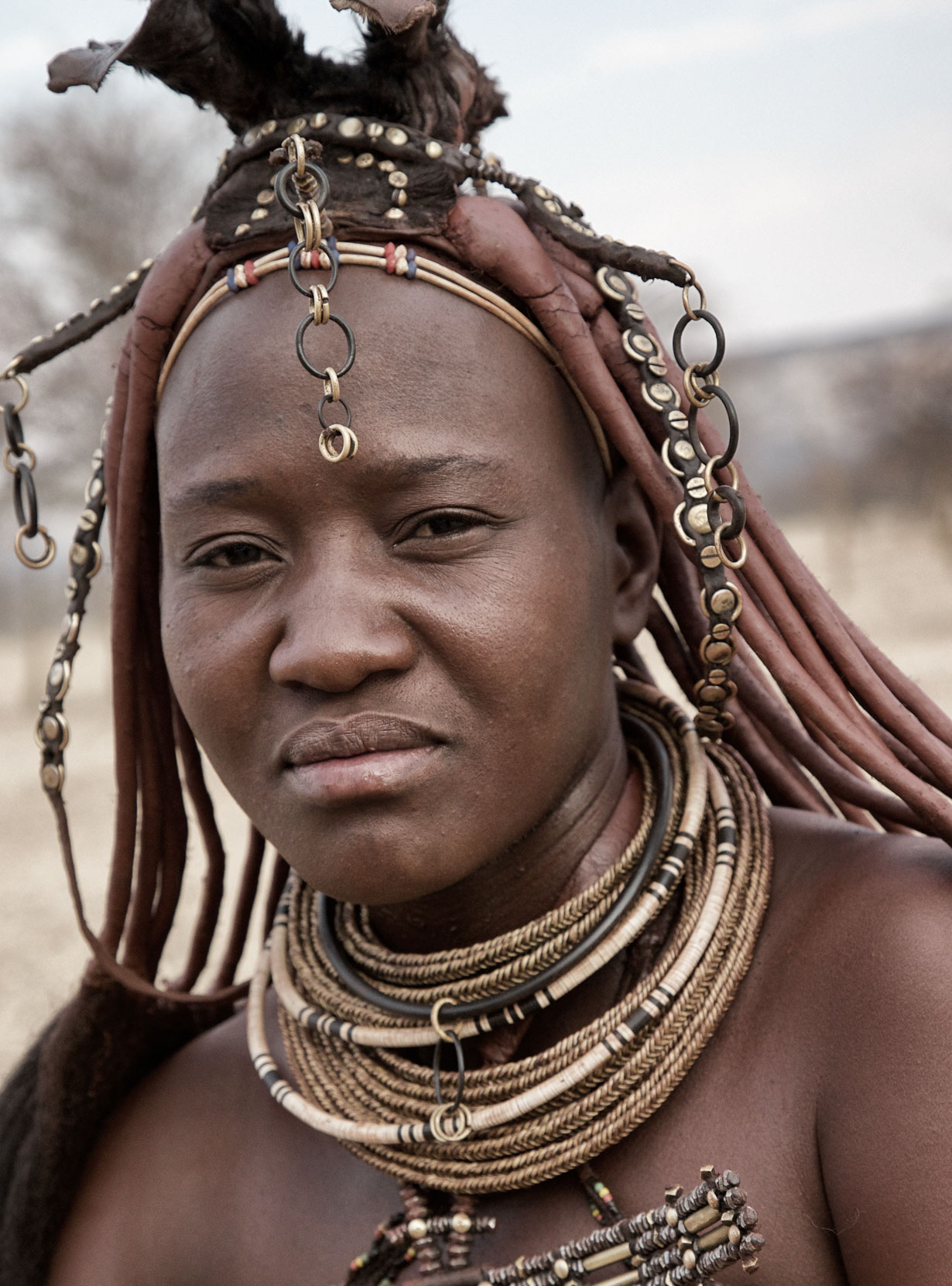 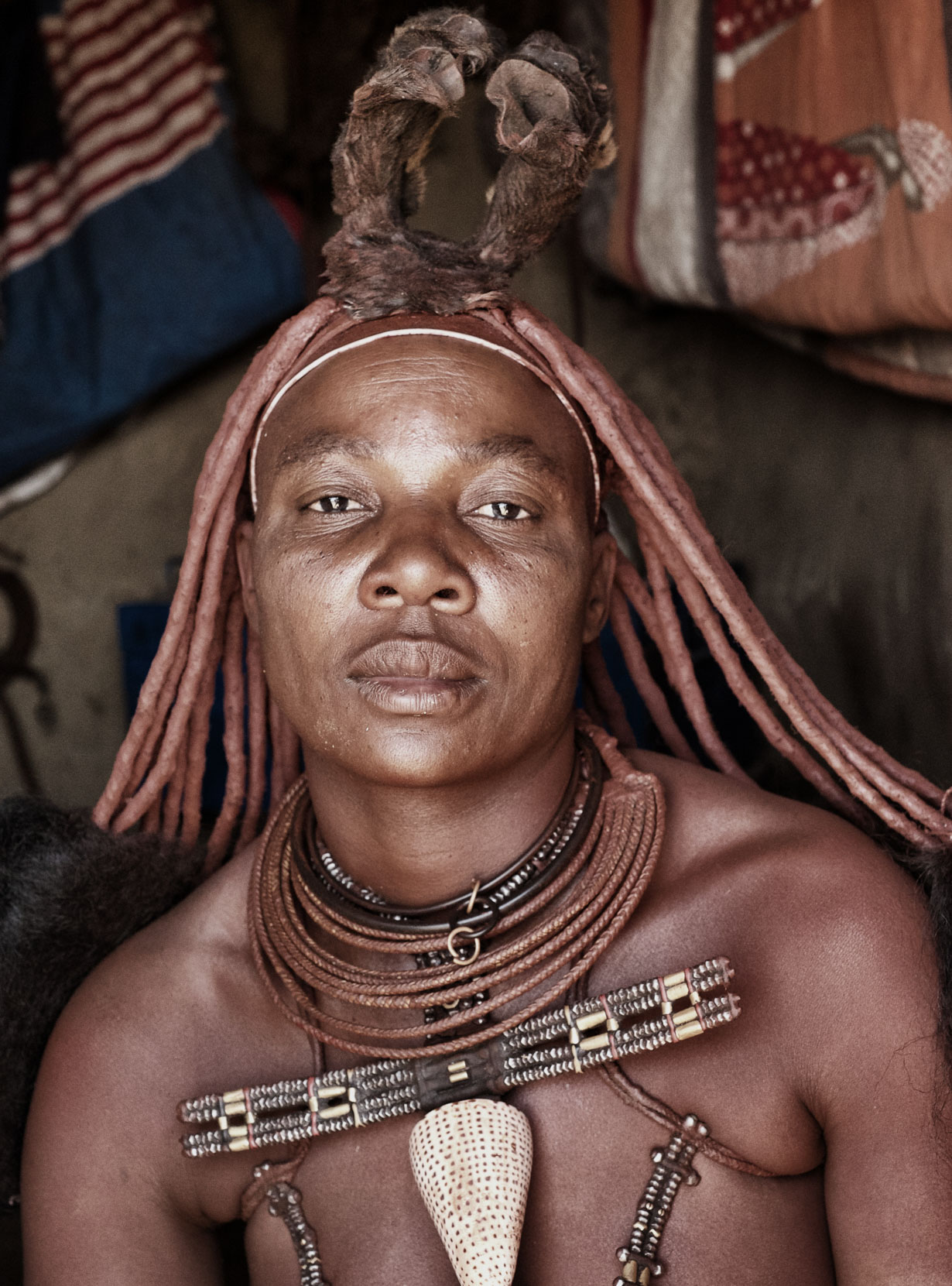 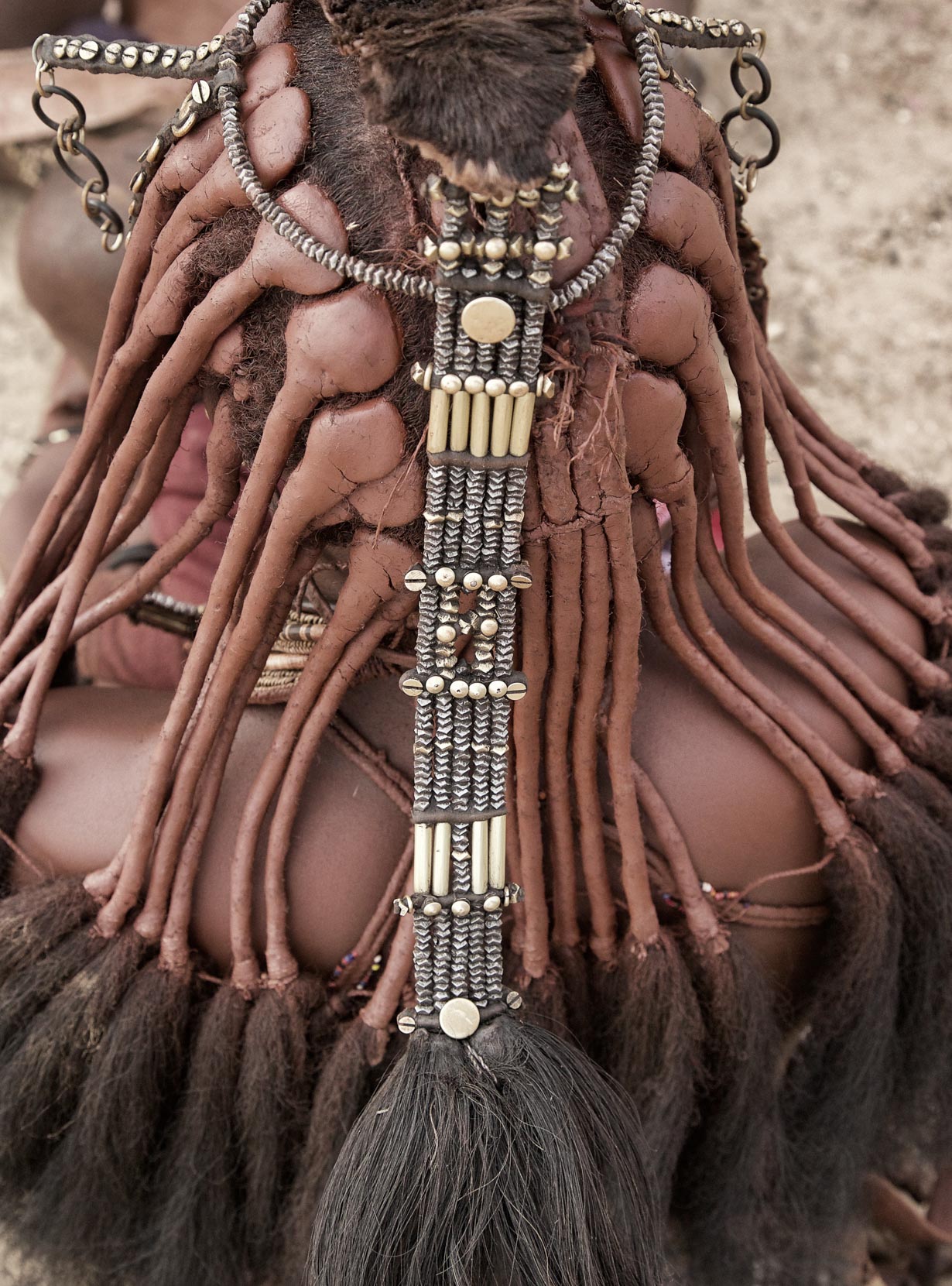 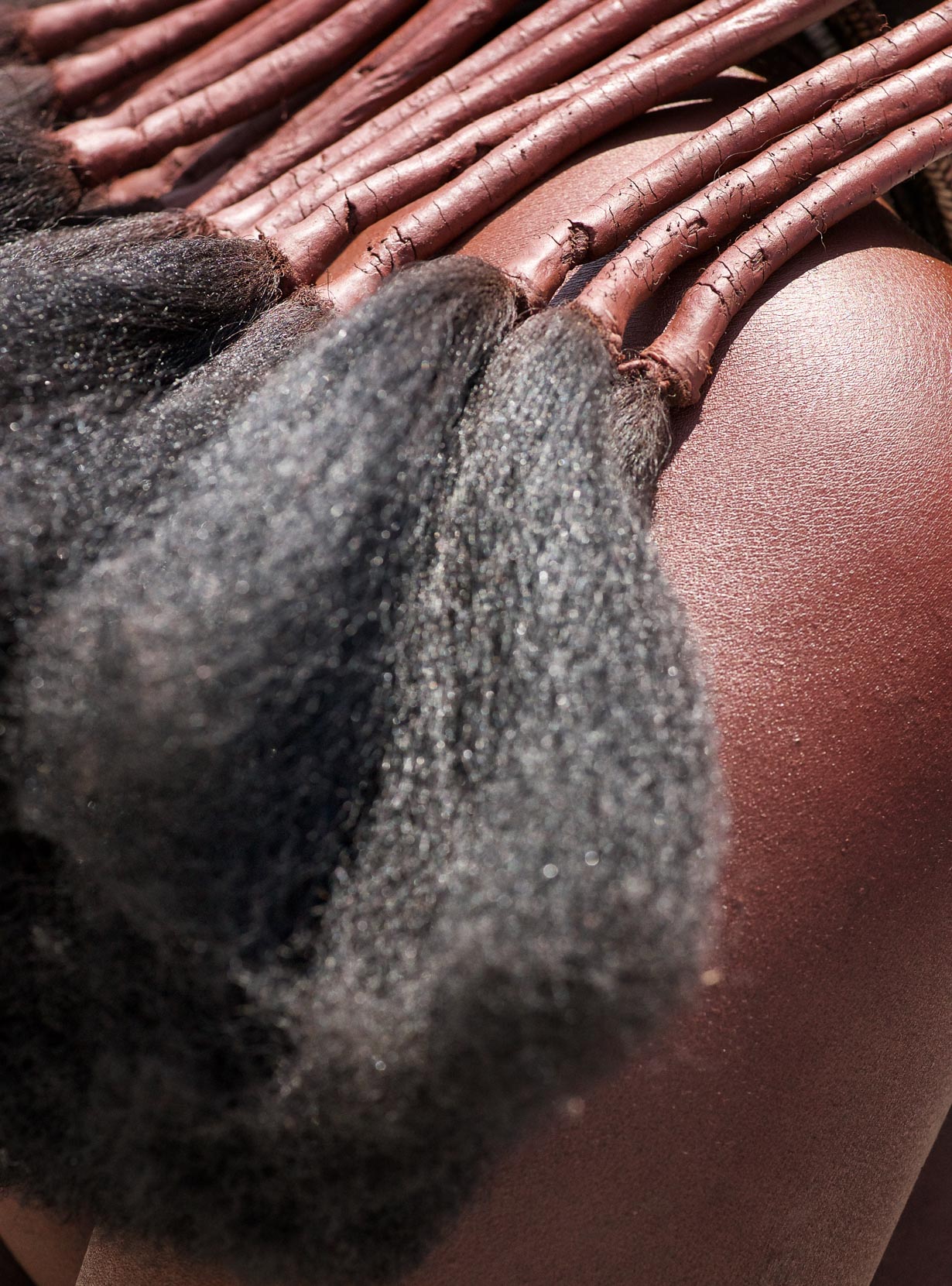 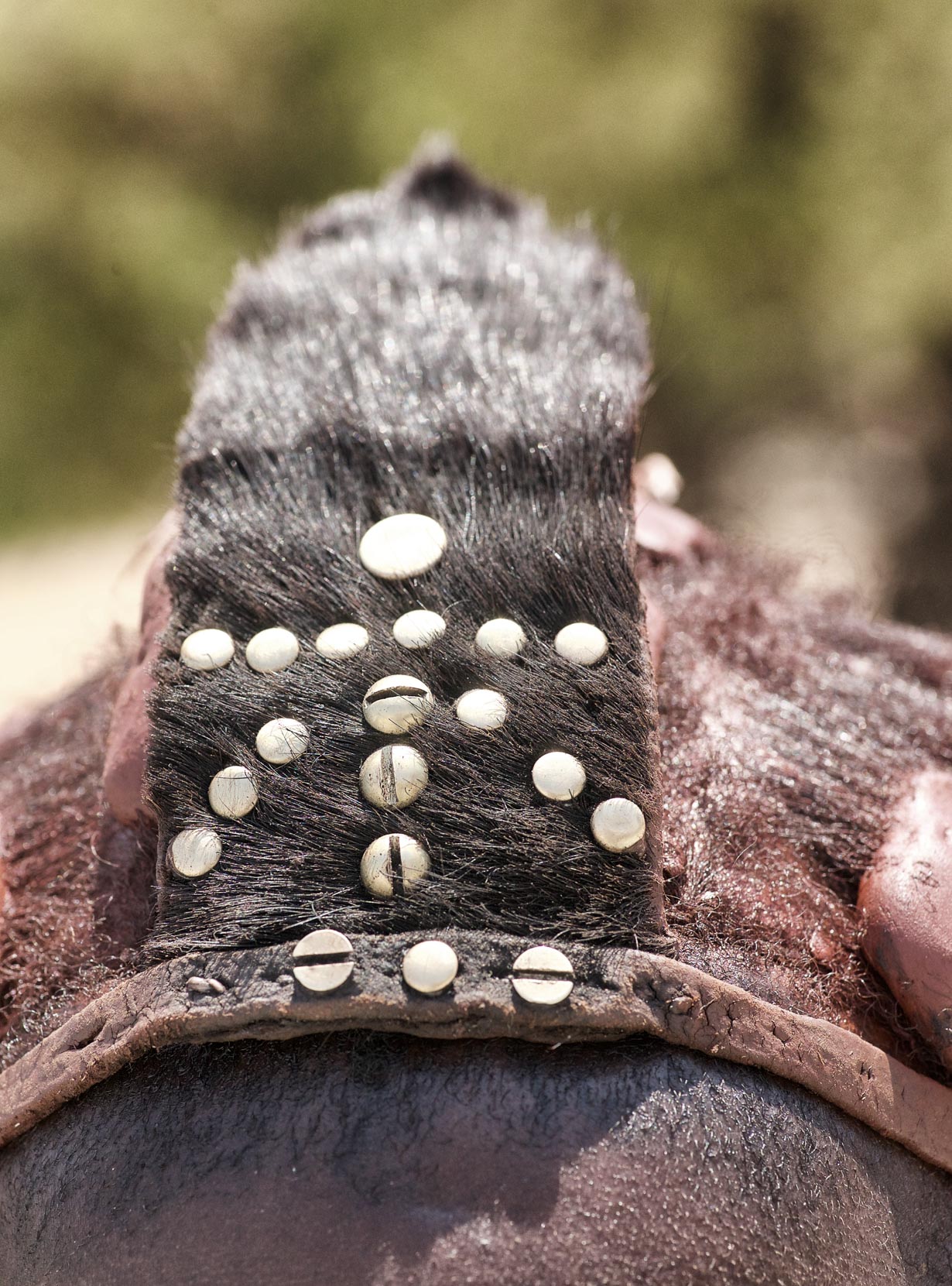